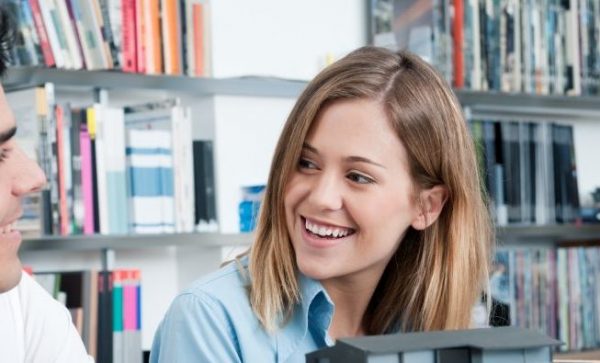 “Millennials, Money and Romance.” As a millennial, it is easy to see that romantic relationships have evolved significantly over the years. We are known as a tech savvy generation that grew up in the age of dating apps like Hingle, Tinder, and Bumble where you can sift through hundreds of singles in under an hour. Technology has shaped the face of dating into a fast-paced race to find someone who will make you happy, even if it doesn’t make them happy. Needless to say, we need to learn a thing or two from our parent’s generation about chivalry and respect for others.

Another defining characteristic millennials have? Worry. We are the most anxious generation so far (Hill). Growing up in the recession, combined with sky high college tuition rates and the pressure of debt is the perfect algorithm for a generation that is very worried about money. We witnessed rampant unemployment right as we were preparing to enter the job market which was an eye-opening experience which showed us nothing is guaranteed when it comes to money. This is where it all ties together, our worry about the future, finances and settling down. Millennials are a generation that uses money in romantic relationships in a very different way from our parent’s generation.

All of these characteristics lead to one thing, skewed attitudes about how money plays a role in romantic relationships. Recent research shows that nearly two thirds of millennials have reported a romantic partner has used money to influence them in a relationship. These millennials reported being subject to a romantic partner manipulating them with money, or using their wealth to control the relationship (Hill). This demonstrates that increasingly millennials are using money as a “bargaining chip” in relationships to manipulate and gain power. A similar study found that 66% of rich millennials agree that whoever earns the most should have the most influence in a relationship (Hill). These are some disturbing facts, even the premise that one person is in charge of another is a poor mindset to enter a relationship with. As that relationship progresses it can only go downhill. This mindset can easily be a breeding ground for unhealthy and even abusive relationships.

As a millennial, it is disturbing to hear the hard facts about how many of my peers view the financial side of relationships. However, it is easy to see the real-world applications of this mindset from conversations with my debt-ridden peers. Some of us have a joke about how finding a rich boyfriend to marry can make all of our troubles disappear. There is an unnerving attitude that lies beneath these jokes that suggests many of us are enforcing these attitudes without even knowing it. The idea that wealth is equivalent to power is taking effect on millennial relationships, which will surely have consequences.

Entering into a relationship with the mindset that it is the answer to all your financial struggles is a recipe for disaster. This automatically feeds into the idea that the richer person in the relationship holds the power. Having this mindset can become a self-fulfilling prophecy and lead to controlling, codependent and even abusive relationships. Millennials are most susceptible to these types of imbalanced relationships because of their fear of debt and financial instability, as well as their tendency to find the most immediate solution to a problem.

So whether you are a millennial or you raised one, the question that you probably have right now is how can this phenomenon be avoided? I think this is an issue that does not have a straightforward solution, but there are preventative measures that can be taken. Budgeting and paying attention to spending, combined with long term planning can help to alleviate some of the pressures of finances. Another important thing to remember is that relationships are made more complicated when you bring money into it, so get to know potential love interests before entering a relationship. Also, never, ever enter a relationship expecting that they are the answer to all your problems, or you may have much bigger problems than before.

The statistics about millennials, money and romantic relationships are alarming at the least. But knowledge is power, and now that you have this new knowledge you have the power to avoid these situations. If you are a millennial, be vigilant and take the time to explore your own feelings about how finances should play a role in relationships. Have conversations with your peers, parents and grandparents about the best ways to avoid toxic relationships that stem from unhealthy attitudes. If you are the parent or grandparent of a millennial have the same conversations with them, to help them be aware about how money can play a dangerous role in relationships. While these facts are disturbing, awareness is key to preventing this issue from growing further.